In July of 2007, professional poker player-turned-beautuber Annette Obrestad won a 180-person online poker tournament without looking at her cards. Using this low-stakes tournament as an opportunity to practice her exploitative approach, Annette put a sticky note on the part of her monitor that displayed her cards and only peeked at her hand once throughout the multi-hour tournament.

She did not go all-in blind every hand and get lucky. She used her knowledge of her opponents’ tendencies to create an aggressive, methodical strategy with a strong red line (chips won without a showdown.) Let’s dissect each element of Obrestad’s game plan and learn how we can implement them in our own approach to poker.

The first factor to note in Obrestad’s impressive feat is who she was playing against. This was a $4 online poker tournament in 2007. The era and stakes of the game contextualize her opponents to be loose-passive, imbalanced players. This means they played too many hands (especially pre-flop), were more likely to check or call than to bet or raise, and would sometimes play strong hands differently than weak hands in a predictable manner.

When we want to adjust our strategy, which you’d have to do playing blind, it’s important to start with generalizations about the whole population of opponents and then take notes on individuals as we learn more about how each person plays.

The most common way Obrestad won chips was to raise to a large size in late position preflop usually in the cutoff, button, or big blind after multiple players had passively entered the pot. This is known as a squeeze play, and it capitalizes on situations where there are a lot of chips in the pot, but no one player has put in enough to feel committed to calling a large raise. If you see that there are four or more players seeing most flops at your table, you can execute a late position squeeze with a value hand or a bluff.

Move #2: Calling as little as possible

The less flashy half of Obrestad’s tight-aggressive playstyle is the “tight” part. When she faced bets, particularly postflop, she called very little. Calling is an effective way to get to a showdown with a moderately strong hand but without knowledge of her hand strength, Obrestad couldn’t rely on her cards to catch bluffs.

Instead, she mostly folded to aggression while occasionally raising as a bluff. Obrestad keenly bluff-raised rivers most frequently. There were two reasons for this. First, the population she played in under-bluffed rivers, making bluffs more effective. And second, hand selection is less important on the river than on the flop or the turn. You can apply this raise-or-fold strategy to situations where your hand will be difficult to navigate later on, such as when you face a raise in the small blind.

When a board is “static” or “dry” it doesn’t have many draws available. Examples of these boards are Kh7c2s (King of hearts, 7 of clubs, 2 of spades) or AcAd6h (Ace of clubs, Ace of diamonds, 6 of hearts). On static boards it’s difficult for passive players to call bets since they are uncomfortable with the thought that they could already be drawing dead.

Obrestad capitalized on her opponents’ discomfort by betting these boards mercilessly. She managed her risk by choosing small bets and achieved a supernormal number of folds from her opponents who were inelastic to bet size. When you’re in a hand with somebody who will not call any bet unless they have a draw or overcard to the board, experiment with small bets (¼ – ⅓ the size of the pot.)

A player’s range represents the collection of holdings that a player would play identically in the context of a poker hand. For example if a player raises from under the gun in a 9-handed game, their range of hands includes high pocket pairs, Ace-King, and Ace-Queen.

Armed with a comprehensive understanding of her villains’ ranges, Obrestad would be more aggressive on boards that favored her range. That is to say she would bet on boards that connect with the range of hands she would have if she had looked at her cards,but her opponents didn’t know she was playing blind.

If you’re interested in learning how to craft ranges for yourself and your opponents, join a Poker Power club and start learning the power of poker from our excellent teachers for free. With enough practice, you might become the next Annette Obrestad. 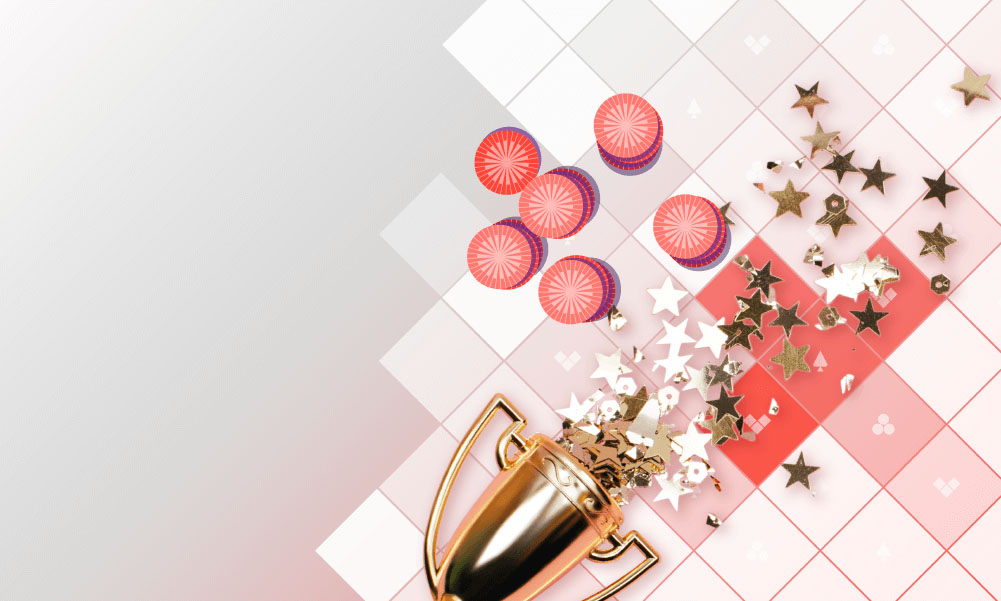 In July of 2007, professional poker player-turned-beautuber Annette Obrestad won a 180-person online poker tournament without looking at her cards…