5 Hacks for Coping With Holiday Stress: A Survival Guide

How Poker Relates to Business

Poker has long been viewed as a man’s game because, for many years, it was exactly that. Men dominated poker tables, and women felt uncomfortable even considering the idea of joining an all-male table or tournament. Fears of “going against the social norm,” being treated unfairly, or even getting harassed were well-founded. With other options for games and entertainment, women often chose not to pursue poker. Although they knew poker games were fun and potentially lucrative, there wasn’t really an opportunity to get in the game.

As in most areas of life, women were not being offered a seat, so they had to take one. The rules of poker dictated an equal playing field for all, and a select few women faced the challenges and advocated for change. They saw the money in the pot, the opportunity to collect it, and the thrill of the competition. These powerful women paved the way for the many others who would follow.

Today, women are still the minority in most games.

However, they are changing the rules and forcing a new narrative. And sometimes, they simply start their own games.

In greater numbers every year, they are realizing the power of poker.

Poker Alice did it her way

Alice Ivers, or “Poker Alice” as she was often referred to, immigrated from England to America in her youth, became a refined young lady, and married young. That first husband taught her to play poker for fun, but when he died in a mining accident, she needed money. Ivers started as a dealer and eventually accepted men’s challenges to play the game.

Ivers regularly won money from the men in the saloon and spent a good deal of it on fashion. She might have carried a gun in her pocket and fired it when necessary to keep the men in line, but she looked good doing it.

Ivers opened Poker’s Palace in South Dakota in 1910. She consistently pushed the boundaries that men had set, which kept the sheriff on alert and the men doubting her courage. Nevertheless, she lived life on her own terms and unknowingly paved a path for women years later.

A little something for the ladies

The World Series of Poker started more than 50 years ago as an all-male poker contest. It grew from one or two tables to a series of tournaments held in Las Vegas each year. Some men brought their wives, some of whom began to take an interest in poker. Instead of inviting them to play, however, they set up a tournament specifically for the ladies.

Soon after, though, a woman named Barbara Freer decided to play the men’s game. Others followed in subsequent years, as players like Barbra Enright, Linda Johnson, Jan Fisher, and Marsha Waggoner took their seats. There were many who chose their place in the games, regardless of the lack of invitations or the obstacles they faced.

Many women who played poker in the 1980s and 1990s took their cues from those pioneers. Jennifer Harman, Annie Duke, Susie Isaacs, Cyndy Violette, Kathy Liebert, and JJ Liu all walked confidently to poker tables full of men, sat down, and insisted on being treated equally.

They are the epitome of female empowerment.

Numbers start to add up

It is really only possible to track the number of women in poker at live tournaments. According to those tournament organizers who do pay attention, women typically comprise approximately 5% — often less — of the fields.

Real change, however, is much more evident in other arenas. Poker room managers often note that they have seen more women playing cash poker games than ever before. These games don’t require the time and financial commitments of tournaments. Online poker has also increased in popularity among women, as they can play when and where it is convenient, safe, and anonymous. They can be judged by their play alone and not their gender.

According to the World Poker Tour, as much as 25% of poker television audiences are women. Women comprise 25% of Zynga free-play poker app customers.

Another arena that has seen an uptick in female participants in recent years is poker education. Women are drawn to the lessons in discipline, risk assessment, decision-making, and financial management. They see the benefits of being proactive and confident well beyond the poker tables. These are all skills that easily translate into the real world.

One of the greatest things about poker is that all of the players enter a game on equal footing. There are no physical strength components, height requirements, or language barriers. Poker is a game of strategic moves and emotional discipline. Social skills among adults are a plus, but not required. Poker doesn’t have any gender rules.

Poker teaches women game-changing skills, including strategy, confidence, and budgeting, but it can be intimidating to sit at that first table, even online. Poker instructors – especially women teaching women – can remove some of that fear. Poker Power instructors provide the tools women need to take their seats at the poker table and provide a safe environment to approach the game. Our instructors are female poker experts. They have weathered the storms and can help others avoid them.

The game is open to all women who want to take a seat. No invitation necessary. Come learn the power of poker with our community poker lessons. 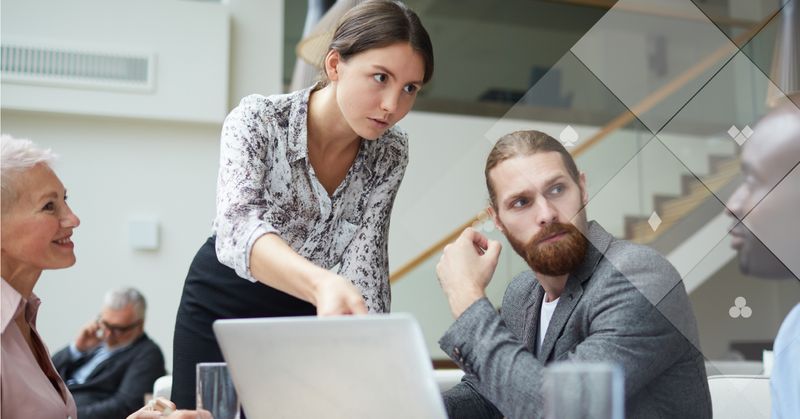 Poker teaches game-changing skills, and women don’t need an invitation to play. The game is open to all women who want to take a seat, no invitation necessary.