Teamwork in the Workplace: Why Women Learn and Grow Better in Groups

5 Hacks for Coping With Holiday Stress: A Survival Guide

How Poker Relates to Business

“When women get together as a group, it is immensely powerful.”

Since childhood, women have learned and performed better as part of a group. From Girl Scouts and high school sports teams to joining the parent-teacher association or even a local book club, it’s a proven fact that women thrive when surrounded and supported by other women, especially when learning something new.

Here at Poker Power, we see this phenomenon play out all the time in our corporate poker workshops, where we teach women the poker skills they can use to be more successful in their work and personal lives. We are constantly witnessing women bond and network with other women as they learn to play poker in a fun and supportive environment.

Of course, we also know how powerful women are individually. But when we learn to work together, we’re an unstoppable force of nature. Here’s why.

In the report, “Evidence for a Collective Intelligence Factor in the Performance of Human Groups,” researchers found the most successful groups were made up of people that were willing to listen, communicate, and cooperate. Those who had more socially sensitive members scored much higher in overall intelligence and exhibited superior performance.

In 2018, a research team at the University of Minnesota found that with biology class study groups, as the percentage of women increased, the performance of students  — both male and female — also increased.

Their research concluded that by implying the idea that women weren’t as adept at science as men, the common stereotype was untrue. Women actually performed better. When a critical mass of other women within a group is reached, a sense of belonging and acceptance positively influences performance.

Shared experiences among women in a group dynamic increases confidence and encourages communication and growth. In addition to dispelling common stereotypes, being surrounded by other supportive women also helps in overcoming challenges and obstacles in stressful environments.

Speaking of stereotypes, in 2011, Forbes founded The Female Quotient organization to challenge the notion that women are too competitive with each other and unsupportive.The group’s mission was to tap into the power of the collective to advance equality.

The Female Quotient conducted extensive research that has proven women are more likely to be collaborative as opposed to competitive in groups, which ultimately leads to more success for both the women and their companies. If there are more women in leadership, a company can experience sustained profit growth, according to its website.

The organization also found having more women employed in a company leads to higher levels of innovation. Companies that are more diverse have a 75% higher chance of bringing innovative ideas to the market and are 70% more likely to capture new market share, according to the The Female Quotient website.

When women in business have a supportive community, they are able to raise their visibility. This, in turn, raises their confidence and their performance levels, which benefits everyone around them.

“A woman alone has power,” says Shelley Zalis, chief executive officer of The Female Quotient, on their website. “Collectively, we have impact.”

Women who interact with a strong female network of peers on a regular basis will experience a higher level of satisfaction and success than those who do not, another Harvard Business Review study found.

Successful women maintain a close inner circle of female mentors and peers. They benefit from this network because women face certain types of cultural and political roadblocks in the workplace that men don’t.

Having a group of women who can share private information about a company’s overall culture may help them decide whether to go after a job or not. They can also discuss negotiation tactics, interviewing skills, and seek other advice related to career advancement from women who have already been there or are going through the same struggles.

In a 2019 article, “The importance of (women’s) networking,” Conferences for Women founder Laurie Dalton White said this about the power of women networking: “Something special happens when you see that you are not alone. Making connections and building relationships with other attendees and speakers helps women form an understanding of their worth, and then they learn strategies to ask for promotions, seek fair pay, and even become mentors to others.”

Teamwork in the workplace

When it comes to group dynamics, women definitely have an advantage. The more women you have working together on a project or in an organization, the better they learn, and the better their chances are for success. There is strength in numbers.

Women working in groups raise the collective intelligence, are more collaborative, and help dispel traditional stereotypes that have held women back for far too long. The bottom line is that if you want to experience more success in life, you need to surround yourself with strong women.

Empower your female employees with strategic thinking, negotiation skills, and risk assessment, while also encouraging group collaboration. Poker Power’s expert female poker instructors can provide the women in your company with powerful skills they can use in the office and beyond.

Check out our corporate poker workshop program today, and learn the power of poker for yourself. 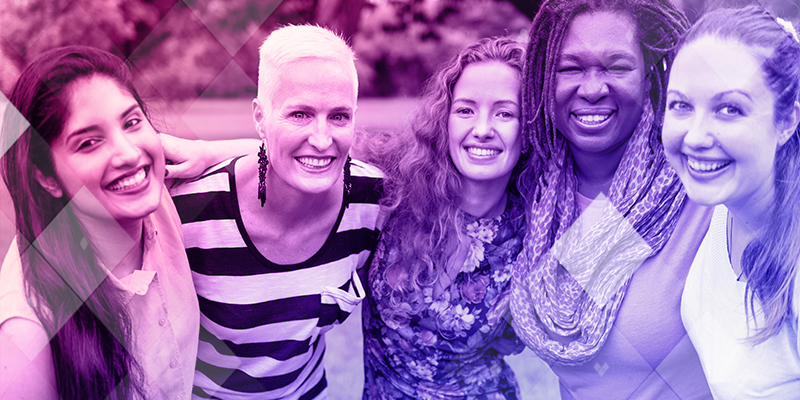 Teamwork in the Workplace: Why Women Learn and Grow Better in Groups

Shatter stereotypes by working closely with your female peers. Through collaboration, you’ll find success, while also building up a collective intelligence.